Public Transportation is Needed to Maintain an Equitable City

Because cars are not imperative when living in a city, citizens are dependent on mass transit to get them to their daily destinations. Jesse Keenan, a professor at Tulane University and a co-author of a recent Bloomberg article says, “It’s critically important to prioritize the needs of historically marginalized communities”. The problem is derived from people in low-income communities not having the same transportation resources as citizens in higher income or middle-class communities. According to urban.org’s article, How Can Cities Create More Equitable Transportation Systems?, six solutions were identified to help remedy equity issues:

Improving the availability of public transit to all citizens in a given city is just as important as maintaining the infrastructure on which it is dependent on. According to a recent Bloomberg article, climate change is a prominent issue in the world and transportation systems are not able to sustain the changing times. The rising sea levels present issues because most public transportation systems are underground. Floods, hurricanes, and other natural disasters that come with climate change should not have the ability to completely shut down public transportation systems. Fortunately, transit agencies received $30.5 billion in pandemic relief from the American Rescue Plan which was passed in March. In the Bloomberg article, executive director of the Alan M. Voorhees Transportation Center at Rutgers University and an expert in transit resilience, Jon Carnegie, said that virtually all big-city transit systems have begun to execute on climate plans that go even beyond sea-level rise. “It’s about shade, air conditioning, impacts on the transit workforce,” he said.

Because public transportation is so important to cities and the citizens that live in them, the problems are more apparent. Using the strategies above along with other city specific approaches, will improve the public transit issue. 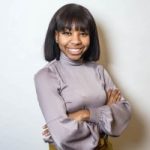 Kennedy Sampson is a marketing intern with ESI. She is currently studying Marketing at Morgan State University.