A Q&A on Small Diverse Businesses with Jamie Bracey-Green

LH: You’ve long been working at the intersection of innovation and inclusion. What’s it like for the world to catch up to you on this critical space, and why is that intersection so critically important right now?

JBG: My views on liberation, education and economic resilience haven’t always been microwave ready, so it’s good to see more head nodding than glazed stares from a decade ago. But life requires context and I love this city’s history of leadership, willpower and persistence. From slave holder turned abolitionist and scientist Benjamin Franklin, to enslaved girl turned patriot and spy Harriet Tubman, to minister turned global economic activist Rev. Dr. Leon Sullivan. Each lived here, each was a freedom fighter and each improved life for others; their legacy of self sufficiency is in the complexity of Philadelphia’s DNA. As horrific as it is, the coronavirus has revealed structural gaps in almost every industry, and the shutdown is expected to especially devastate small and minority companies that lack economic resilience, including access to capital and mentoring to turn those gaps into opportunities. We risk permanently “balkanizing” businesses in cities like Philadelphia if public and private investment isn’t deployed for tech innovations like app based data collection, cluster analysis, personalized customer engagement using artificial intelligence, augmented reality for training, etc. The more Philadelphians we leave behind, the less competitive we’ll be.

LH: You’ve recently been named to a statewide Task Force coming out of the Commonwealth’s Department of General Services, which is tasked with advocating for minority-owned businesses in Pennsylvania in the wake of COVID-19. What does that sort of advocacy look like right now, and what do you anticipate your contribution will be to this august group?

JBG: I’m honored DGS Deputy Secretary Kerry Kirkland thought I could bring value. My role on the Task Force is to help educate others about COVID-19’s economic impact on vulnerable minority businesses. The pandemic has forever changed America’s economy without firing a shot, and like an earthquake the after effects could be just as dangerous. Less than five months ago, there were about 6 million registered African American, Native American and Hispanic owned companies across the nation, but less than 500,000 of them employed other people, and together their combined GDP has been less than 5%. Asian employers with stronger global networks have contributed about 9% to GDP, while Caucasian owned firms contribute the vast majority of American GDP productivity and wealth. (I’m using GDP as the most commonly understood measure of the economy.) If the post pandemic estimates are accurate, the GDP of minority owned firms may be reduced to a minuscule 1%, translating into the permanent loss of thousands of jobs that won’t return for in the nation’s most vulnerable communities. In Philadelphia, minorities own less than 5% of the employer firms, and even if we account for underground economic activities, competitiveness will require increasing methods of productivity and wealth creation to approach parity. That’s why our PA COVID-19 Task Force is helping identify high need opportunities to increase these employer businesses’ likelihood of survival. These are firms that are owned by minority women, minority veterans, minority disabled, minority LGBTQi, and minority youth led startups with quality goods and services to offer.

LH: Many people are eager to “get back to normal” after COVID-19, but you argue that “normal” wasn’t working for minority-owned businesses, and so we need to create a “new normal.” Describe for me what that “new normal” looks like, and what do we need to do to get there?

JBG: There is no “normal” in an economy whose 61% of White (non-Hispanic) citizens shares the country with significant racial (African American; 13%) and ethnic (non-White Hispanic/Latinx; 18%) minorities, and the combined national GDP of the latter two groups drops under 2%. (Frankly, I doubt actual minority GDP is that low given the number of unregistered businesses that likely exist, but consider those businesses may have also shut down.) Looking toward recovery, we can’t have such large segments of the economy not able to contribute or produce and expect the country to stay competitive. Businesses that have relied on minority consumers should know the “new normal” includes disproportionate numbers of low to moderate repeat buyers thrown into unemployment. They should drastically reduce that income from their recovery plans, so “back to normal” makes no sense for anyone. Our PA COVID-19 Task Force is concerned about who’ll be left and willing to shoulder the burden of creating the jobs post-COVID-19? Without jobs, where will income come from to sustain families? The CARES Act just piloted universal basic income with its stimulus checks. Does this mean we’re entering a era of economic apartheid based on our pre-COVID adjusted gross income? It’s worth thinking about, because in the new normal cash is slowly devolving in favor of “clean” digital credits. I think the new normal will include cryptocurrency and block chain as virtual and 5G access becomes the norm. Will salons and barbershops, clothing stores, restaurants, home repair, daycare, home health, cleaning, security and financial service businesses adopt these new operating realities? While companies owned by Caucasians have racially benefited and own the majority stake in America (and Philadelphia), will the new normal see their competitive position crack under the weight of a racial imbalance that can’t be sustained as demographics change? I’m not naive, there will always be a faction who believe that American apartheid is the result of natural selection, and not the result of a deliberate and intentional set of laws, policies and even violent acts meant to destroy minority peoples’ aspirations and pathways to prosperity. However, in a “new normal” Philadelphia and other large cities would create courageous strategic plans to improve minority business GDP by 1% over their pre-COVID levels. Of course, a significant realignment of those businesses would need to take place to ensure they’re in a high growth value chain. But just think about the impact of improving just 1%, and the increase in jobs, productivity and resilience. It’s a very clear, simple goal for investing capital and contracts in small and diverse businesses. That new normal would award incentives to ALL business owners who make quality spends with minority employer firms or invest in mentor-protege relationships with minority start-ups within their supply chain. The new normal would also prioritize forming business cooperatives like the one that owns the Green Bay Packers and the giant Wakefern model. The new normal for minority businesses will include social media funding to raise capital, friends and families who join movements to only spend with companies that support minority firms, and economic allies who invest in co-owning the means of local production and distribution to help create sustainable jobs.

The PA COVID-19 2SDBC Task Force is positioning minority businesses for immediate contracts to provide cleaning, sanitizing, testing, behavioral support and healthcare services for people who are recovering. But we’re also looking into post-pandemic opportunities to align with high growth industries. Correcting the business ownership imbalance requires changing the abnormal view that minority business growth is a threat to other people’s wealth.

LH: I’ve heard from a lot of folks who work with minority-owned businesses that the federal government’s Paycheck Protection Program (PPP) largely helped larger companies rather than the smallest and most vulnerable firms. Why did that happen, and what can the Commonwealth do to pick up from there?

JBG: My interpretation of the first round of PPP is that if you fail to plan, you plan to fail. Large companies had the infrastructure and connections to move on that money. Fortunately some had the integrity to return it once they realized they didn’t need it. Let’s hope round two goes better.

LH: You’re a big and long-time proponent of STEM (Science/Technology/Engineering/Math) education. Connect that issue to everything else we’ve been talking about, and tell me what we need to do in Pennsylvania to advance it. Follow-up question: are there good examples in other states that you want to highlight?

JBG: I’m happy to report something that all of us should be proud of. PA’s Department of Education has emerged as a national leader in STEM education given the Wolf Administration’s $30M investment in Computer Science For All, teacher STEM grants, data informed strategies and commitment to equity and inclusion. The bipartisan effort to reposition PA’s talent and workforce system bodes well, and I know that while Secretary Pedro Rivera and his team aren’t perfect, they’re some of the best in the nation. Hands down. I can say that because I’ve represented the Commonwealth at the Obama and Trump White House summits for STEM Education, and I’ve had the privilege of serving on the State Board of Education the past 18 months. Any objective analysis will confirm PA has worked hard to pump life back into an education system that had been eviscerated. On the flip side, test scores for minority students in math and science are still grossly unacceptable, there aren’t enough STEM or CTE teachers, and the pandemic has revealed some fundamental structural failures that I plan to advocate will be top priority, from building safety to access to technology to training for teachers and faculty to use pedagogies like serious gaming, how to instructional videos, and e-mentoring. It’s ironic that we often advise our STEM students to fail forward and learn from mistakes. I’m super confident many of the teachers I’ve worked with are passionate and willing, and if we leverage GenZs lives as digital natives, I think we’ll be alright until we figure out a hybrid mix of online learning, small in-person apprenticeship classes, virtual games that provide STEM tutoring, increased use of online skill paths from community college programs, ed tech company start-ups that train parents how to manage education at home, and free or low-cost online certifications from top institutions as the economic downturn impacts college affordability. Now’s the time to be super creative with augmented and virtual reality training, so I’m excited about STEM education going forward. 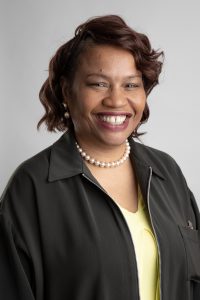 Dr. Jamie M. Bracey is a thought leader for the City of Philadelphia Digital Literacy Alliance, the Pennsylvania Department of Education’s STEM Advisory Board, the PA Computer Science for All initiative, the STEMbees Girls in STEM NGO Board (Ghana), the KAD ICT Advisory Board (Nigeria), the PA Black Women Leadership Council’s Equity Investment Fund and the PA Governor’s Advisory Council on Diversity, Inclusion and Small Business Opportunities. 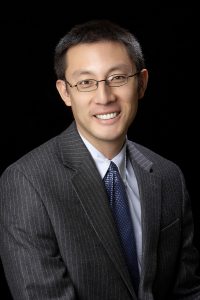 Lee Huang brings over 20 years of experience in economic development experience to his public, private, institutional, and not-for-profit clients. He has led consulting engagements in a wide range of fields, including higher education, economic inclusion, environmental sustainability, historic preservation, real estate, neighborhood economic development, non-profits, retail, state and local government, strategic planning, tax policy, and tourism/hospitality, and is a sought-after speaker on these and other topics.