We are a society that has, for the most part, respected the rule of law and has used facts, mixed with some sense of human emotion as a basis for all decision making. The facts are discouraging as they relate to diversity and inclusion in real estate and construction in the City of Philadelphia, and yet our sense of human decency towards one-another remains stagnant. Except for a few examples such as Comcast, LF Driscoll, and the Pennsylvania Convention Center, we have come to accept failure as the norm.

Here are the facts: There are a handful of Minority Developers struggling to get in the stream of projects as it relates to impact; there are two or three Black general contractors with significant capacity, Perryman Construction, Pride Enterprises, and McKissack Construction; and there is one woman general contractor with capacity in the City of Philadelphia – Bittenbender Construction. There are more successful minority trade vendors in Denver, Oklahoma City and Portland respectively, versus Philadelphia, whose total minority population hovers at 55%. The 50 Trade Unions in Philadelphia refuse to disclose demographic data except for Laborers Local 332, because they know how telling that data would be as it relates to inclusion. Yet, there is now a labor shortage within the current boom.

To engender positive change, the city, project owners, schools and institutions, developers, and the general contracting community should work collectively to address the crisis of exclusion, while being true to our written core value of inclusion, which we all have in our annual reports.  Here are some immediate steps that we could take to change the narrative in 2020:

More government regulations that force desired contractor behaviors will fail. Instead, we are in desperate need of Board-Room, C-Suite, and Public Sector leadership from businesses, schools, colleges and universities, churches, institutions, government, quasi-government (PWD, PGW, airport and school district), non-profits, and private developers in the Greater Philadelphia Region to address this glaring issue. Focused leadership in the areas of diversity and inclusion is the only possible solution to the OhSoWhite exclusion crisis.

An edited version of Blane Fitzgerald Stoddart’s article was originally published by PlanPhilly, which can be viewed here. 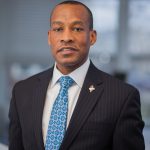