Smart Water Management and the Future of Cities with Dr. Allison Lassiter

Climate change poses challenging and potentially catastrophic disruptions with rising sea levels and consequential flooding in coastal communities around the world. Our already strained and vulnerable water systems will need to be restructured as we think about how to better prepare our cities for climate adaptation. Today in Present Value, we had the opportunity to interview the University of Pennsylvania’s Allison Lassiter, assistant professor of city and regional planning, on the role technology plays in increasing the resiliency of our urban water systems and why we must start planning for it now.

What is climate resiliency planning? And what role do you think technology has had in strengthening it?

“One of the big challenges that we are having is an increase in the number of extreme events occurring. So, we have a greater range of climatic experiences to deal with. And one of the big challenges that we’re faced within our cities, is how do we increase flexibility and our ability to respond to this broader range of conditions? A lot of our existing 20th century infrastructure is very rigid. Although we have concrete aqueduct metal pipes, everything is sort of fixed in place. So, one of the advantages of smart technologies and a lot of digital technologies is they can allow us to be more responsive.

You can do things like use advanced sensors and wireless networks to predict demand, and then match the amount of water that you’re feeding to areas to the water that’s being demanded at any moment in time. So, you have more minutely matching supplies and demands. You can do things like predict when there’s going to be a storm and then use better flood management techniques at dams. You can do things like better control the flow of water through cities, so that you can predict if you think a pipe is going to burst, especially if it’s been poorly maintained, and then manage pressures around that pipe accordingly.

So, there’s a lot more ability to create and make systems more locally adaptable, as opposed to just sort of one system that can’t change with local conditions. That’s a big opportunity, I think, with digital infrastructures, and with climate resiliency in general, is making more fixed systems more resilient and flexible.”

Your current research efforts focus on how rising sea levels push saltwater inland, and the impact it will have on coastal regions… What are the consequences of this and why should we start preparing for it now?

“We are still exploring exactly what the timeline is of this problem is, and who’s going to be exposed to this. But in the U.S., and around the globe, most people live pretty close to the coast. So there’s a lot of people who get their drinking water supplies just inland of where the ocean is —maybe from a river or groundwater. And as sea levels rise, it will bring oceans further inland, and with it, all the ocean salt. So this will happen both above and below ground that the place where, all of a sudden, the water kind of turns salty—it’s going to be further inland.

So there’s a bunch of different problems with the one—we just kind of don’t like drinking salty water. A quality-of-life issue there. Two, things like our plants can’t really handle salty water. So if you’re going to water your lawn with salty water, you’d kill it. And more consequentially, there’s public health impacts to drinking salty water, and then also running salty water through our pipes. This can cause pipes to corrode, and it can release heavy metals into our water streams. There could be a potential situation like Flint occurring in other cities as we change our water chemistry and as metal precipitates in our pipes.

Figuring out how to adapt is the trick. I think a lot of people believe, oh, just find a new water source. But that’s pretty tricky. Most water sources are claimed and being used, and there’s not a lot of free water available. Or you might think, hey, build a desalination facility, and that’ll work in some places. But desalination facilities are really expensive and require a lot of energy to function. So they’re just not the right solution for a lot of less-resourced communities. Maybe a larger city would be able to build one, but  smaller, more rural areas would probably struggle with that. Even for a large city, the desalination facilities don’t produce large volumes of water. So you have to have a really, really big facility that takes up a lot of land area in order to produce a fraction of the water that a city would want.”

What technologies can help build out a city’s climate resilient water system?

“One of the things that will greatly help with drinking supply adaptation is just reducing our water demands. Conservation is the very first thing that needs to happen, or increased efficiency in water use. If we need less water, then we don’t have to maybe desalinate as much water or produce as much fresh water. So it takes pressure off the salination system.

Smart technologies can help with a lot of different efficiency goals like managing pressures in the system to better to reduce the leakage. You can even do things like start to think about alternatives—reusing water within buildings or doing a better job capturing stormwater and then dynamically allocating it to meet some of our non-potable water needs.

There’s a future where we bring in more types of water or different qualities of water, and so a water system where we use smart technologies as a way to allocate that water.

Being able to better grapple with water is essential climate adaptation. I would say it’s one of the most fundamental aspects of climate adaptation— is managing water resources. Water is the most important natural resource that we have. If we don’t have water, we don’t have a city. Everything depends on it—people, the economy, agriculture. So in my mind, making sure that we’re doing a good job protecting our water supplies is really the most foundational thing that we can do.” 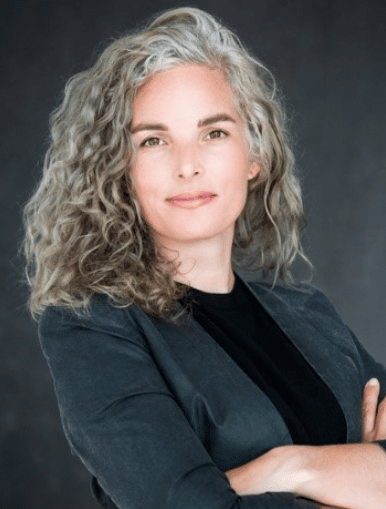 Kendra Hills is an intern at Econsult Solutions supporting ESI’s Center for the Future of Cities. She is currently a Master’s student at the University of Pennsylvania, studying city & regional planning with a concentration in smart cities.

Cities of the Future Must be Heat Resilient: A Framework for Combating Urban Heat Islands

ESI Center for the Future of Cities: One Year and Counting…
Share This