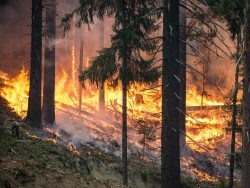 Yet call me an optimist. Here’s why.

Just ten years ago, only a few cities in the United States—the world’s second largest CO2 producer—had developed environmental sustainability strategies that sought to reduce carbon emissions. Those included likely suspects such as San Francisco, Portland and Seattle—progressive, “new” cities. Municipal leaders in most parts of the country had not given much thought to environmental issues beyond residential recycling programs, and meeting federal standards for water and air quality.

In 2007, Philadelphia was going through a Mayoral election. And thanks to the efforts of the Next Great City coalition, environmental sustainability had risen to one of the more prominent issues in that campaign, especially among the progressive residents who helped carry Michael Nutter to victory.

Meanwhile a few dozen municipal workers, most especially experts in the Planning Commission, the Water Department and the Air Management Office, had begun to meet and discuss policy solutions. When Mayor Nutter assumed office in January 2008, he created the Mayor’s Office of Sustainability, led by Mark Alan Hughes, and it became a catalyst for raising up those ideas, generating community-wide conversations and developing a policy agenda known as Greenworks Philadelphia. (As a consultant to the office from 2008 to 2009, I helped Mark develop and write Greenworks.)

There were a lot of skeptics back then, wondering why a gritty, post-industrial city like Philadelphia would even attempt to become the “greenest city in America.” They seemed to think (and sometimes said out loud) that sustainability was for younger cities with lower rates of poverty. This really meant that they believed Philadelphia didn’t have the economic luxury to embrace sustainability, and that our poorer residents didn’t deserve cleaner and cooler air, tree-lined streets, access to fresh food and more energy efficient homes.

Fortunately, there were many champions of this green vision and their voices and ideas were heard. In the Mayor’s Office, City Council and most City departments, leaders continuously reminded themselves that our policies should be aimed at improving the quality of life of all Philadelphians, from the poorest and the wealthiest. We understood that Philadelphia’s economic competitiveness was tied to its becoming more sustainable.

The policy agenda that became Greenworks Philadelphia recognized that Philadelphia’s walkable neighborhoods, long-established public transit routes and a park system and water department committed to greening more of the city would help all of our residents thrive. 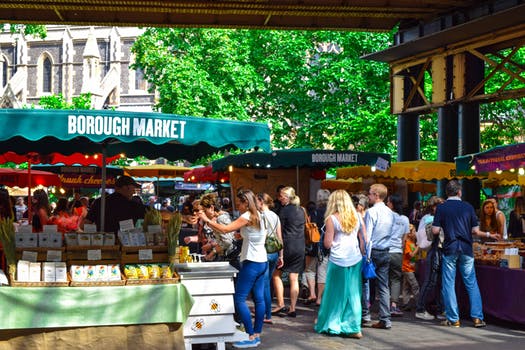 Ten years ago Philadelphia was a pioneer, making its way without much support or guidance. The federal government under President George W. Bush was ignoring growing calls from environmental experts to address climate change. (Remember the infamous EPA email sent to the White House in December 2007 that concluded that greenhouse gases must be controlled? The White House refused to open it, thus preventing the EPA’s conclusions from becoming part of the official record.) By the time that Philadelphia’s Office of Sustainability was created in 2008, only a small group of cities even had sustainability directors, speaking every few weeks to compare notes. The Clinton Foundation had only recently created a Global Climate Initiative to help large cities find ways to reduce carbon emissions. But Philadelphia was on its own.

Thankfully, with the election of President Obama, the sustainability policy movement grew. He understood the growing threat of climate change to not only the quality of life in the United States but to international political stability. And he drove change at the national and the local level.

So, yes, it was nice that for 8 years we had a President who understood the risks of climate change and worked hard to create a more sustainable future, including taking a leadership role in negotiating the Paris Climate Accord.

President Obama used his bully pulpit to raise awareness of climate change. When he took office, climate change was an afterthought for many citizens. It isn’t any more.

Because of the Obama Administration’s work, the attention they gave to this issue and the tools they created for local governments to use, cities and states are now better equipped and eager to step into the void recently created by the Trump Administration. Mayors and governors—who see the effects of climate change first-hand—have doubled-down on their commitment to sustainability strategies. Their work now must involve lowering carbon emissions rates and adapting to increased temperatures and rainfalls as well as storm surges and streets that flood regularly.

These local leaders have stepped up and created momentum that cannot and will not be stopped. Since President Trump announced in June his intention to withdraw the United States from the Paris Climate Accord, more than 200 U.S. Mayors, including Philadelphia’s Mayor Jim Kenney, have joined thousands more political, business and education leaders to declare that “We Are Still In,” pledging to continue the carbon reduction goals of this international agreement. With 62.7% percent of Americans living in cities as of 2015, the impact of this commitment cannot be underestimated.

Mayor Kenney is already making good on his promise, announcing on Wednesday, September 27, 2017, a new Municipal Energy Master Plan that by 2030 will reduce greenhouse gas emissions by 50% and energy use by 20% in the government’s built environment. Also by 2030, the City has pledged that 100% of its electricity supply will come from renewable sources.

So while it would be nice for the President of the United States to champion efforts that reduce greenhouse gas emissions and move the nation to a more sustainable future, cities and states are stepping up and going in alone. And ultimately, 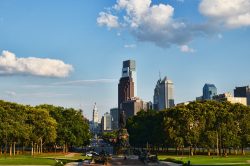 these local governments have the ability to change behaviors for a significant portion of the American population and have the buying power to create markets for sustainable practices. Cities and states can regulate energy consumption in buildings; corporate average fuel economy (CAFE) standards in cars; and water and air quality. They can provide tax incentives for sustainable energy solutions and mandate recycling. Cities are also changing their own policies to be more sustainable. In addition to the forward-thinking energy plan just announced by Mayor Kenney, Philadelphia’s Water Department has become a world leader in using green infrastructure to manage stormwater runoff, which has been exacerbated by suburban sprawl.

So yes, I am optimistic. Despite the few climate deniers that remain at the local level, many more Mayors today know that the keys to global sustainability lie with the citizens they serve. They are devoting their time and energy to ensuring that their cities remain committed to lowering emissions, decreasing energy usage, greening neighborhoods and capturing rain water where it falls. Cities have come a long way in 10 years, and while not far or fast enough, they aren’t turning back.

Suzanne Biemiller has devoted her career to improving cities.  Working in the philanthropic, non-profit and government sectors, she has developed innovative policy strategies and programs, driven organizational change and led multi-discipline project teams