The Value of Competition for Regions

The big story making news in the economic development world across North America was Amazon’s recent request for proposals from regions to be the site of a brand new second headquarters (HQ2) for the giant online retailer. The RFP requested that regions submit proposals demonstrating how they could meet Amazon’s need for a corporate campus of up to 8 million square feet of office space, which would be filled by up to 50,000 employees. The RFP listed a variety of requirements, including location in a large metropolitan region, good transportation access, a deep and growing talent pool, and a high quality of life. In addition, the company is looking for a stable business-friendly environment and incentive support to offset the initial investments and ongoing operational costs of the new campus. The RFP resulted in bids from 238 locations, each touting their region’s advantages, sharpening their pencils on taxes, and imagining what a massive new headquarters would mean for their region. But only one region can win, and the competition is fierce. So is it worth the effort, knowing that your bid is more than likely not to succeed?

My answer, based on observation of the experience of the past decade or so in Philadelphia, is a decided yes. In the past 11 years, Philadelphia has competed to host the Olympics (though it lost the bid to be the US nominee for 2016 Olympics), the World Meeting of Families (who can forget the Pope’s visit?), the Democratic National Convention (won that one for 2016), the NFL draft (won that one as well for 2017) and countless conventions, conferences, and meetings (we win some and we lose some with those, but increasingly we are winning more often). In each of these cases, I am confident that the city and region have come out better at the end of the process, whether they won or lost the bid. When you win a big event, you get all the economic benefits that come with visitors and exhibitors coming to the region and spending their dollars here, invaluable exposure for the city, and the general excitement that surrounds the event.

But how do you win when you lose? 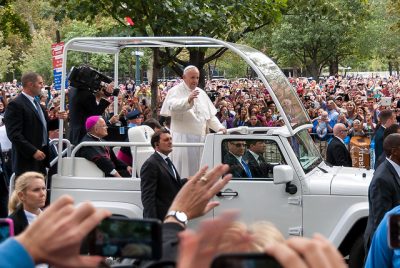 The process that you go through and the hoops that you are forced to jump through, just to be a competitor for a major event or corporate relocation, should be viewed as an incredible learning opportunity. Each competition is an intense examination of your region’s assets and liabilities, a chance to learn how outsiders perceive your region (sometimes they may have a different opinion!), and an opportunity to flex civic muscles on regional collaboration and fundraising. You have to put together teams to work together on a shared objective, and you get to see how people and organizations react and respond to the intense pressure that the competition creates.

When I think back to the work we did when a group of organizations put together the Olympic proposal for the 2016 Games, what stands out is the incredible shared effort that went into imagining our region hosting the Olympics, and the vast amount of information we gathered from a wide range of players to put together the bid. We needed to know details on transportation, on housing, on hotels, and on office space down to the last mile, minute and square foot. We had to craft a compelling narrative about the region that was authentic, that was true to our history and our current situation, and that also spoke to our aspirations and what an Olympics would mean for Philadelphia being known as a world-class region. And we had to find ways to bridge barriers and gaps and develop the relationships necessary to compete on the global level. When we didn’t get the bid, we were disappointed, but we also were encouraged by what we had learned from the effort. 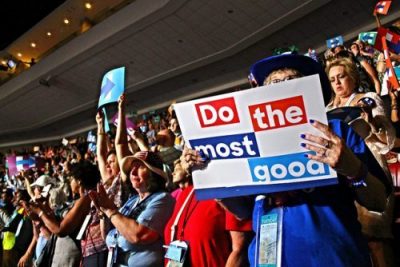 Coming out the Olympic bid, all sorts of efforts to increase the region’s international awareness, improve our transit system, spruce up our parks and gateways, and build new regional collaborations were launched. All because we bid and learned more about what it took to improve our region. I see the same thing happening with the Amazon bid. Just by putting together a bid, new partnerships were formed, detailed research was undertaken, and new strategies for marketing the region were developed.

Already, elected and economic development officials are using the lessons they learned from the Amazon bid in discussions with local firms and organizations, leveraging the momentum to initiate new conversations and discussions about the future of the region. So, win or lose on Amazon (and I think our region has what it takes to win!), I will be interested to see what we do after the competition. What did we learn about our region that we didn’t know before? What new partnerships or relationships can we continue and build on for future efforts? And maybe most important, what steps can we take today to help the companies and residents that are already here that we are willing to do for Amazon?