Recently, I traveled to Guangzhou, China for several weeks, and visited the Pearl Delta. ESI President, Dr. Richard Voith was with me in Hong Kong as well, meeting with local professionals. Both of us were impressed with the growth and opportunities there. This post reports on my impression of urban growth in China, and is based on a speech I gave at the University of Pennsylvania on January 19, 2018.

What is going on in China’s cities?

Speed and Pace No one who visited China in the late 1970s would miss the widespread poverty. In 1983, I visited the Shekou industrial town in the newly designated Shenzhen Special Economic Zone, north of Hong Kong. What I saw was a barren land with little activity. I still remember the prophetical  banner on the entrance, “Time is Money; Efficiency is Life.” 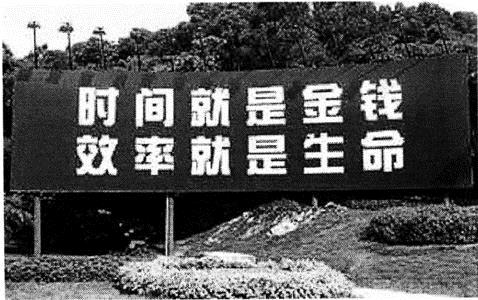 Before  departing for America in 1989, my friends took me to Lok Ma Chau Lookout in Hong Kong to explore Shenzhen. What we saw were a few mid-rise towers and a number of amusement park roller coasters. I revisited the same lookout in January of this year. In front of me were two downtowns: Futian and Louhu, including a 117-story office tower, the fifth tallest in the world. In 1980, the whole county where Shenzhen is situated had a population of 200,000. Now, the Shenzhen Metropolitan Region has 23 million people. This growth rate means that its population roughly doubles  every six years. Its growth is primarily from in-migration from every part of China. With such speed, even high density, mixed-use and transit-oriented development strategies that American planners favor would not prevent the inevitable urban sprawl.

Scale and Coverage China’s current 1.4 billion population is more than four-fold that of the United States. Over 160 Chinese cities have a population of over 1 million, compared to just 10 in America. These cities and towns can be easily coalesced by infrastructure. By 2030, China’s high-speed rail will connect most third-tier cities, practically linking all city regions in five hours from the center of China. The 11 city-region Guangdong-Hong Kong-Macao Greater Bay Area is now the world’s largest megacity. City builders there are constructing half a dozen metro systems to compress the commuting shed into the so-called “1-hour living circle”. By the time this mesh of metro lines, intercity rail, and inter-provincial high-speed rail is completed, almost every town and district will be connected. 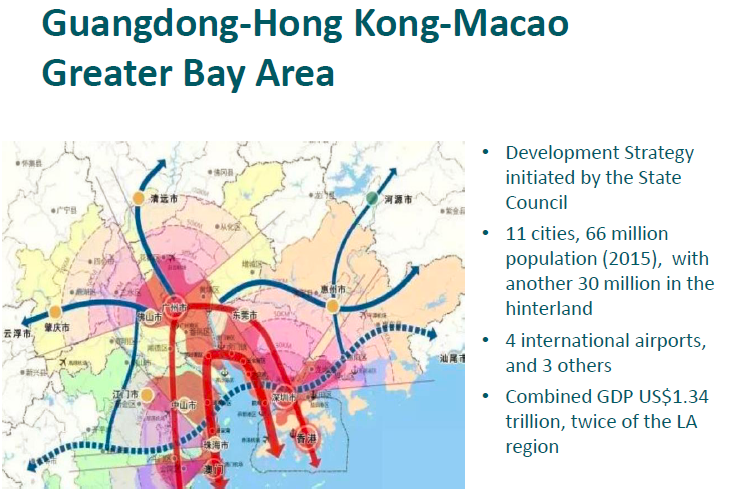 Real estate development follows metro lines and uber-TOD clusters are built on top and around metro stations. Local buses and shuttles connect these stations to similar developments beyond walking distance. Such urban sprawl  seems to be unstoppable.

By entering this modernization process now, China can skip some developmental stages and directly adopt the most advanced technology that is currently shaping China’s urban life. Young entrepreneurs are developing a volume of new Apps to facilitate urban living. The disruptive technological movement is in full swing. For example, bike sharing became viral and then competition and copycats kicked in. Now sidewalks have become the graveyards abandoned bikes. QR Codes are everywhere even in remote, rural areas, because vendors embrace cashless payment systems. Soon, even with cash, tourists will be in trouble trying to  hail a taxicab. Millions of entrepreneurs are taking advantage of opportunities not normally available without massive urbanization. The army of college graduates moving to the four super cities of Beijing, Shanghai, Guangzhou and Shenzhen are ready to take risks. They work hard to pursue their dreams of becoming the next Jack Ma or Steve Jobs. Shenzhen is now the Silicon Valley of China, but far larger. China is catching up in research; the world’s largest stem cell laboratory just opened in Shenzhen. Enterprising is also experimental. These cities are themselves an urban laboratory. Urban innovations like driverless cars, pilotless ferries, solar roads, natural gas propelled taxicabs, drones, and more are being developed and refined. Some will one day reshape urban life.  Other innovations like urban financing, infrastructure management, and development control are also being tested. Successful models will be copied by cities throughout the world.

As urban hardware is in place, the urban software in terms of management, maintenance, landscaping, volunteerism and civility has significantly improved. With the rise of upper middle class, the quest of quality starts to take form. I believe the younger urban folks are looking for civil and peaceful lives. China’s future urban path is promising but not without challenges. As such, this rapid and massive growth presents many opportunities, especially in the area of urban governance.

Sidney Wong, Ph.D. is a Senior Advisor with Econsult Solutions, Inc., a fiscal impact expert and the project lead of Community Data Analytics. He previously worked as a senior consultant with the World Bank in evaluating the quality of Project Appraisal Documents in the South Asia Region.