What Can Jobs Tell Us About Equity in Cities?

Cities are having a bit of a renaissance. If you need proof, look no further than the most recent decennial Census numbers. The 10 most populous incorporated places grew by an average of just about 7% over the last 10 years. While most cities welcome population growth, especially older cities that are coming out of periods of population decline, what does it look like for a city to grow equitably?

One key barometer of equitable cities in the future will be jobs. Not just how many jobs cities are able to create, but the types of jobs and where they are located. Some of the key indicators we are keeping our eyes on at ESI are:

Cities are in a pivotal moment. Population shifts are in full swing, perhaps even expedited due to the pandemic. Without an equity focus, cities will not be able to provide a better quality of life for its residents, economic productivity, and environmental benefits that are held up as the hallmark characteristics of city living. Cities that want to thrive in the future must begin to think about equitable growth, because an equitable city is an attractive place for all. 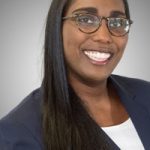 Melissa is an Associate Director at Econsult Solutions, Inc. Prior to joining ESI, Melissa worked for Teach for America as the Director of Performance Measurement and Evaluation. In this role, she led the facilitation of learning experiences for teams and clients that focused on building skills and knowledge of outcome measurement and improvement