What is a Demographic Multiplier and Why Does it Matter?

Recently, the CDA team got the opportunity to present at two American Planning Association (APA) Chapter conferences on fiscal impact analysis and data needs in forecasting development impacts. During and after our sessions we received a lot questions focused on the technical nature regarding demographic multipliers, data sources, applications, and statistical issues. While I have touched on this subject in a previous post and in a recent APA article, I am happy to further expand on CDA’s research in demographic multipliers and efforts in updating and expanding the old series based on the 2000 Census records.

What is a Residential Demographic Multiplier? 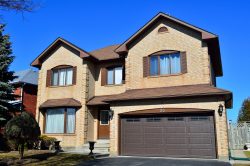 A residential demographic multiplier in a general sense, is an average ratio of different populations or other measures of an occupied housing unit. The population being composed of different groups such as school-age children (SAC), public school attendees, commuters, etc. Other measures also include number of cars, average income, etc.

This example only gives a general picture because all housing units are treated similarly. Populations and measures also vary greatly by housing type and location. Previous studies have shown that household size increases when a unit has more bedrooms, and decreases when the unit is owned or household income increases (other factors being equal).

For developers, school boards, local government officials, and policy makers, the forecasted impacts of a proposed development need to be as accurate as possible to avoid over, or possibly, under-estimation. Therefore, to better forecast development impact, the multiplier should be based on relevant factors. Data from old units or units that residents moved into decades ago, are far less relevant. Multipliers should also be specific to housing types.

Multipliers Specific to a Housing Configurations 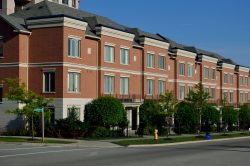 A cataloging of housing configurations was developed by Professor Robert Burchell and David Listokin in the 1980s. They classified units by several dimensions:

Over the years, housing configurations were augmented by subdividing them into groups relating to the median housing value or rent. For example, in the 2006 report Who Lives in New Jersey Housing? Listokin used 81 configurations.

The following table presents two multipliers, household size and the number of SAC, commonly defined as persons who are between 5 and 17 years of age.

How to Use the Multipliers?

The general average household size is often used as a rough calculation for future population. As an example, a town passes a zoning ordinance allowing 230 housing units be developed. The planners consult the American Community Survey (Table S0201) and learn that the average household size of their county is 2.43. They then multiply 230 by 2.43 to generate an added population of 559.

Readers should note this example only provides a rough estimate because the housing units are not differentiated by types. But suppose a planned unit development proposal is submitted. It has 230 units with the following housing mix.

Multiplying the number of units by the multipliers of the specific housing configuration and summing them up results in a population of 503, assuming all units are occupied. This less refined method using average household size overestimates the population by roughly 11% (559 versus 503). 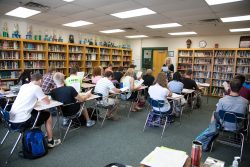 School overcrowding and possible tax hikes are a major concern in rapidly growing communities. They need more precise projections. The example above showed that 64 added SAC will be generated from the development. This figure is about 0.28 per unit, far from the perception that each unit will send 1 student to public school. In fact the 64 SAC would be further adjusted. First, not all SAC go to public school, so a percent share of SAC as public school attendees should be applied. Second the figure assumes full occupation, so a 5 to 7 percent of turnover should be allowed.

What Needs to be Improved?

Through CDA research in Maryland, Pennsylvania and New Jersey, we found several issues that a new generation of demographic multipliers must address:

To learn more about our research so far, please see my two companion articles on this subject:

Sidney Wong, Ph.D. is a Senior Advisor with Econsult Solutions, Inc., a fiscal impact expert and the project lead of Community Data Analytics. He previously worked as a senior consultant with the World Bank in evaluating the quality of Project Appraisal Documents in the South Asia Region.