There has been significant coverage that the 2018 primaries have drawn an historic number of women candidates, with 2018 being dubbed “The Year of the Woman”. As much of this coverage notes, there are no women among Pennsylvania’s 18 members of the House of Representatives or two Senators. This year, there are 21 women on the ballot for the U.S. House races in tomorrow’s Pennsylvania primary, representing 23.6 percent of total candidates.

Only seven women have been elected to Congress from Pennsylvania and only four of those women were elected for more than one term:

Most areas of the state have never been represented in Congress by a woman: 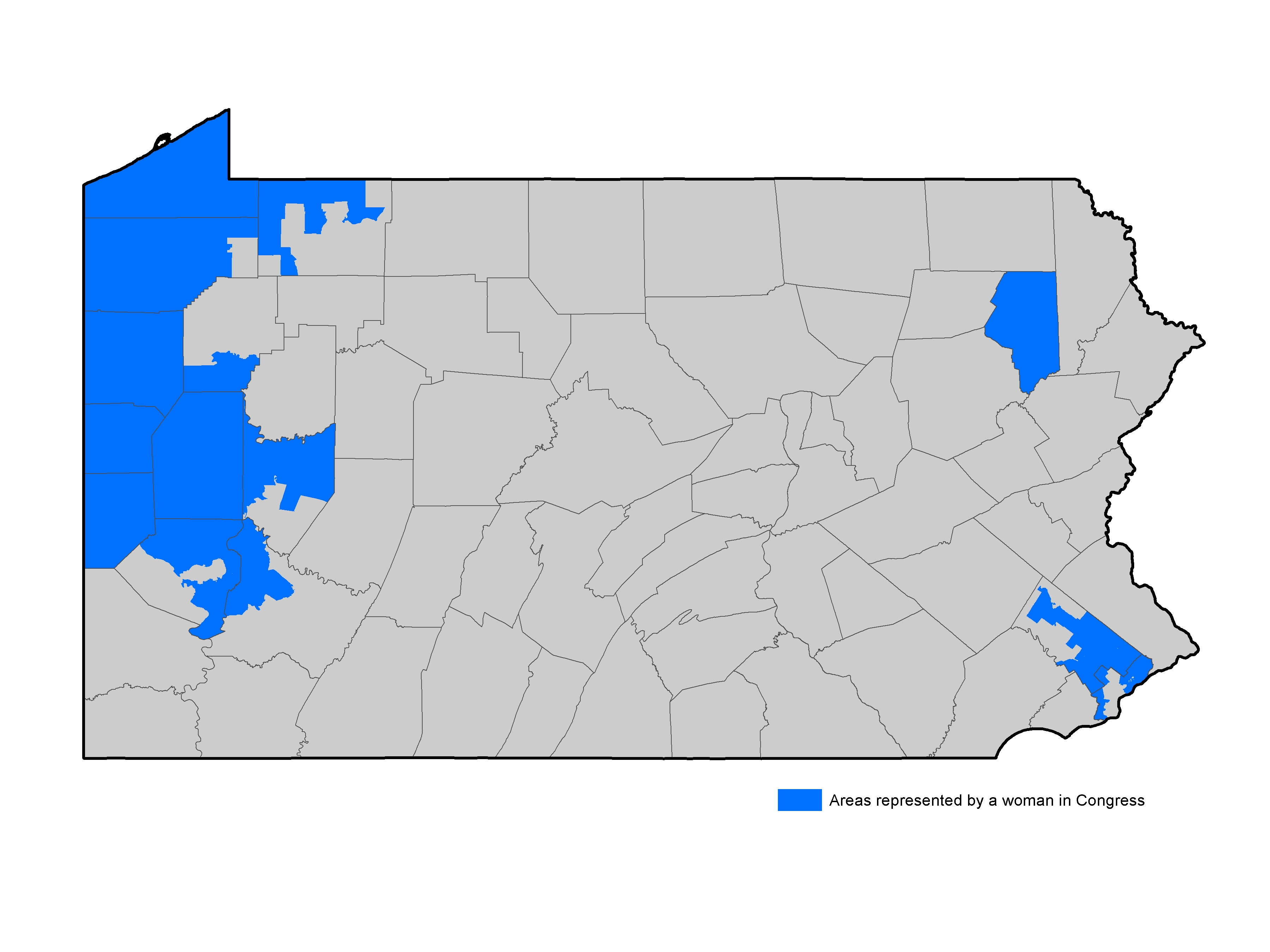 The percentages were calculated from all candidates who filed to run as major party candidate in a primary election, represented a major party in a general election, or were elected to the House of Representatives. I chose to analyze the House of Representatives only due to the higher frequency and number of elections, and because no woman has been elected to the Senate from Pennsylvania.

What I found is that the gap between Pennsylvania and the national average is rooted in election outcomes, not the percentage of women who run for office. Nationwide, the percentage of women primary candidates is slightly higher (14.3 vs. 12.4 percent), and at both levels women are slightly more likely than their male counterparts to win primary elections (accounting for 16.0 vs. 13.1 percent of general election candidates).

The major difference between representation of women in the full House of Representatives and within the Pennsylvania delegation is due to the outcomes of general elections. Between 2002 and 2016, women won 17.4 percent of House seats nationally, while women in Pennsylvania only won 5.0 percent of the time.

Candidates this year benefit from the low number of incumbents – with only 10/18 House Members running for reelection, compared to an average of 16.8/18.6 between 2002 and 2016. Even in the absence of predictions of political shifts in this year’s midterm elections, this is an opportunity for women to gain seats, against the momentum of incumbency. Between 2002 and 2016, 94 percent of incumbents were reelected. What remains to be seen is whether this will translate to a greater representation of women in the Pennsylvania delegation to the House of Representatives. Stay tuned.

is an Associate Director at ESI. Alison’s dissertation examined the role of municipal associations in inter-municipal cooperation and collective intergovernmental lobbying. She continues to actively publish in these areas. Her research on how election structures impact the rate of uncontested city council seats in Canadian municipalities was published in The Democracy Cookbook: Improving Democratic Governance in Newfoundland and Labrador, in March 2017.