The racial wealth gap persists in our representative eleven counties and three states. This disparity is a product of discrimination and deliberate marginalization. Slavery, segregated housing, redlining, unequal investment in communities of color, and mass incarceration all played–and continue to play–a role in making it more difficult for black and brown families to access and build wealth. We must all be part of the redesign to correct history or face continued unrest and social fragility.

Black business and civic leaders, like the multiracial protesters of the Black Lives Matter movement, have tired of platitudes and empty promises. If we want Philadelphia and Pennsylvania to truly be the face of progressive economic change for brown and black people, we must adopt the following affirmative actions aimed at addressing the social determinates that propitiate the historic gap in “economic” equality: 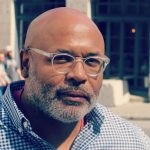 Michael Pearson is a senior advisor to Econsult Solutions. He has deep company, private family, and private equity experience as a front-line P/L entrepreneurial leader. His firm, Michael K. Pearson Consulting, specializes in business strategy and operations, advising for-profit and non-profit C-Suite decision makers in a diversity of industries.

Mr. Pearson has earned wide respect, having more than 24 years of social entrepreneurial experience, driven by his personal ethos of giving back to the community, and working to instill those values in the business community. Believing that charitable giving is never an expense, he sees that support of programs for the vulnerable and underserved as economic development are investments in the nation’s future.