The Commonwealth of Pennsylvania’s Distressed Municipalities Program, commonly known as Act 47, has been in existence since 1987. The program, which is administered by the Department of Community and Economic Development, provides a set of tools for localities suffering from severe budget challenges that threaten the capacity to deliver essential public services. Among those tools are priority access to state grant funding, the ability to petition courts to raise certain tax rates above the limit otherwise allowed by law, and a multi-year financial recovery plan that is developed and implemented by a state funded recovery coordinator. 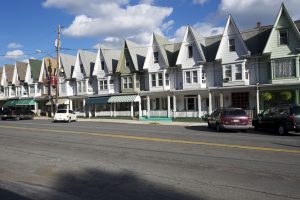 After Act 47 was enacted, more than two dozen municipalities entered the program, but, up until recently, few managed to emerge from distressed status. The dearth of municipalities leaving Act 47 led the state legislature to review the program’s effectiveness and adopt reforms, including firm timelines for the expiration of distressed designation. Since these reforms were adopted in 2014, more municipalities have exited Act 47, but it remains to be seen whether these local economies are strong enough to support sustained municipal fiscal health.

ESI has developed multi-year financial plans for many struggling Pennsylvania municipalities including the City of Chester and Borough of Colwyn for which we are Act 47 Recovery Coordinators. We work side-by-side with DCED and municipal officials to construct a plan to eliminate deficits and set a course for structural budgetary balance. However, the recovery team and our municipal counterparts are well-aware that two or three years of balanced budgets do not ensure sustained financial recovery. Structural issues that are decades in the making cannot be fixed entirely in a three or four-year financial plan.

The fiscal issues facing many distressed Pennsylvania municipalities, particularly third-class cities, are often the result of long-term national trends and out of local control. The nation’s transformation to a service-based economy combined with improvements in communication technology changed the way many businesses and employees viewed their location decisions. Local economies that relied heavily on the manufacturing industry endured severe employment and investment losses.

Long-term fiscal health requires a municipality to understand the underlying causes of distress – typically a declining private economy generating fewer jobs, which results in an eroded economic tax base. The future of many distressed communities rests in the potential for growth in their economy. This in turn can be influenced by the jurisdiction’s ability to design and successfully implement a long-range strategy to 1) provide an attractive environment for economic activity and investment and 2) to stimulate the private economy with smart fiscal action. This is a necessary condition to improve the overall quality of life for its residents and businesses. Distressed municipalities cannot continue to provide essential services to its residents without increasing the capacity of the tax base and generating more revenue. A stronger economy will not only result in more revenues to the government, but it will also likely relieve pressure on service demands, too. Smart economic development policies take three general forms to create a good environment for business and investment development. 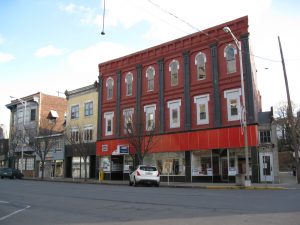 Localities seeking to attract new employers and other investors must first be able to show that they have their own financial house in order. However, financially distressed municipalities almost always face a set of undesirable options to fix structural budget problems. The most obvious remedies – tax rate increases and service cuts – are usually counter-productive to expanding the tax base.

Many municipalities, particularly those facing financial distress, have made a commitment to multi-year planning to help stabilize finances, which is a central component of the Act 47 program. A multi-year plan will not make fiscal problems disappear; however, it will allow municipal managers to identify key budget drivers and fiscal trends and form strategies to address the trends. A plan enables municipalities to establish priorities and goals that leaders can point to when confronted with political pressure to take the path of least resistance. Municipalities with a carefully considered multi-year plan are less likely to “kick the can down the road” or employ short-term remedies with long-term negative repercussions. The plan is often an intermediate-term roadmap to when a municipality can reasonably expect to realize gains from its economic development initiatives.

Before a government can seriously consider attracting new private development, it should first turn its attention to its present business community and key institutions. Many localities work with local economic development councils that are comprised of public and private groups working collaboratively to achieve economic development objectives. These organizations can be an important channel of communication to the local government to ensure the ideas and concerns of the business community are heard.

Local economic development organizations need not be limited to the business community. The local government should encourage all key stakeholders, including church groups and non-profits, to participate in efforts that help the community build from its existing core. While economic development and community development goals usually overlap, occasionally disputes arise that can delay or stop a business project. A diverse mix of organizations can also be an effective way of overcoming conflicts that sometimes arise between community and business interests. 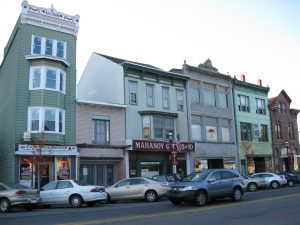 Businesses, residents, and other investors that make up the core of a local economy are mobile. If their host government is not providing desirable services at a reasonable cost, businesses and residents can and will move. Localities compete. They compete on many fronts including public safety, cleanliness, location, access to labor markets, amenities, bureaucratic processes, and, of course, tax burden. Businesses and residents will make their location decisions based on many factors – which sometimes the local government can influence and other times it cannot.

Distressed municipalities are usually in a disadvantaged position in the competitive landscape. Most have experienced significant tax base deterioration, which has put upward pressure on tax rates and chipped away at services. Distressed communities often suffer from high crime and offer fewer amenities. Because municipalities cannot overcome these limitations without a compelling proposition, many turn to tax incentive programs as a key aspect of their economic development strategy. Programs such as Pennsylvania’s Keystone Opportunity Zones and Local Economic Revitalization Tax program are structured to offer temporary real estate tax breaks in areas that are unlikely to generate much, if any, tax revenue anyway. This minimizes the opportunity cost for the distressed community and opens a path to economic growth. 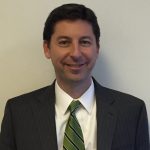 Daniel Connelly has over 15 years of financial consulting experience at the federal, state, and local government levels. Prior to joining Econsult Solutions as a senior advisor, Mr. Connelly worked at Fairmount Capital Advisors, Inc. At Fairmount, Mr. Connelly led engagements such as five-year financial planning and budgeting, financial feasibility studies, and strategic planning. Mr. Connelly currently works on the financial Recovery Coordinator teams for the City of Chester and Borough of Colwyn. 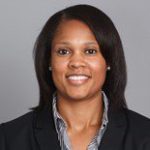 Brooke Queenan is a Senior Analyst at ESI. Ms. Queenan is involved in a variety of economic development and public policy projects including assignments focused on evaluating affordable housing policy and government reform and oversight. Ms. Queenan has municipal consulting experience and assists communities through both the Pennsylvania Department of Community and Economic Development Early Intervention and Act 47 Financial Distress programs.