The COVID-19 pandemic has highlighted the fragile economic situation faced by millions of American households in an era of growing income inequality. At the same time, the government response to the pandemic has demonstrated the ability of policy to impact income security, with aggressive fiscal policy tools leading to a material decrease in the poverty rate and an increase in savings despite elevated levels of unemployment.

Direct income support in the forms seen during the pandemic (stimulus checks, an enhanced child tax credit, business relief programs, etc.) are typically a tool available at the federal rather than the local government level. Despite a more limited policy toolbox, the economic security of residents has huge implications for the community, economic and fiscal health of cities.

“Economic insecurity” can be defined in different ways in different contexts. In general, it refers both to the lack of resources to meet basic needs and to participate fully in the economy, as well as to the perception of economic fragility and risk that may impact household decision making and have adverse effects on mental health. Issues like housing insecurity, consumer spending and fragility to unexpected shocks impact the vitality of neighborhoods, and the investment and demand needed to support healthy commercial corridors and stabilize and refresh the housing stock.

Household financial insecurity also has meaningful budgetary impacts for cities. An Urban Institute study of ten US cities found that families with even small amounts of savings are less likely to be evicted, miss a housing or utility payment, or receive public benefits when income disruptions occur. Revenue impacts from missed utility or property tax payments alone can result in millions in financial losses for cities.

Savings buffers become even more relevant in the context of retirement. By itself, Social Security typically provides insufficient income for retirees to retain their standard of living and fully participate in the economy. In partnership with organizations like the Georgetown University Center for Retirement Initiatives and the Pew Charitable Trusts Retirement Savings Project, ESI has contributed to the body of research on the gaps in workplace access to retirement savings among private sector workers and the potential policy solutions to increase access and savings. With federal proposals towards more universal coverage largely stalled, action has been taken at the state and local level to develop publicly administered savings options that private sector firms can leverage to give their employees opportunities to save.

Coverage challenges around savings and other benefits that contribute to financial security (such as health care, sick leave, and family leave) are further complicated by the rise of the freelance or gig economy. A greater share of the job base has become disconnected from a traditional employee-employer relationship. This trend could be accelerated by the rise of remote work, which may prove well-suited to freelance arrangements. These developments may have positive implication for better matching between workers and tasks they are suited for, reducing locational constraints. However, the policy architecture currently relies heavily on the traditional employee-employer relationship to deliver “employee benefits” such as access to health care and retirement savings, and a degree of income security through the unemployment insurance system. As the gig economy grows, the policy thinking needs to address ways that these workers can plug into existing or new systems to pool risk and increase economic security for these workers.

Financial insecurity is also situated within the broader discussion of income inequality and racial inequity. Evidence has consistently shown that racial disparities in wealth are far greater than disparities in income. This differential is tied to historic inequities and is also connected to the ways in which greater economic security can provide households with opportunities for wealth accumulation (through investments and through appreciation of assets like housing) that are less accessible to households living paycheck to paycheck.

Amidst these challenges, cities and local governments have limited tools for income redistribution efforts or major infrastructure investments that are typically implemented with federal and state funding. Nonetheless, several aspects of local policy can play an important role in the economic security of residents.

Housing is the largest cost for most households and can be a major driver of economic insecurity. Local investments in affordable housing, the stabilization of the existing housing stock, and policies enabling new housing supply all contribute to housing affordability and stability.

Transportation is also a major cost driver for low-income households, particularly when they need to rely on private vehicle ownership to reach their workplace. Policies that reduce the need for auto ownership in turn reduce household transportation costs. Local policy can influence the provision of high-quality transit service, the management of the streetscape to support non-auto uses (biking, walking, etc.) and land use patterns that encourage density in areas with good mobility alternatives.

Cities can also influence the conditions under which their residents are able to access benefits or funding available to them. Philadelphia’s innovative approach to emergency rental assistance funds has become a national model, and has encouraged a rethinking of the service delivery model beyond an emergency period. As the federal policy discussion explores investments in the care economy, human capital, child care and other household-oriented policies as part of our core economic infrastructure, implementation questions will be crucial to maximizing the impact on household economic security.

Cities have served for centuries as centers of economic opportunity and innovation, and their essential economic role will endure even as technology changes. Managing cities in ways that address economic fragility and enable more residents to participate fully in the economy can enhance the dynamism that cities rely on. 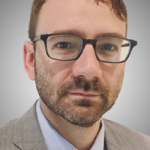 Ethan Conner-Ross is a Senior Vice President and Principal of ESI. Mr. Conner-Ross joined ESI in 2014 as a Director. His practice areas include public policy, transportation, tourism, economic development, and strategic planning. He is an experienced project leader who brings cross-disciplinary skills and a public sector perspective to his engagements.