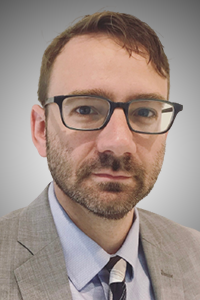 Ethan Conner-Ross is a Senior Vice President and Principal of Econsult Solutions, Inc. (ESI). Mr. Conner-Ross joined ESI in 2014 as a Director. His practice areas include public policy, transportation, tourism, economic development, and strategic planning. He is an experienced project leader who brings cross-disciplinary skills and a public sector perspective to his engagements.

Mr. Conner-Ross has led a range of projects for ESI helping governmental, quasi-governmental, and private sector organizations maximize and articulate public benefits. Policy issues of focus include economic insecurity, transportation, fiscal sustainability, affordable housing and economic development. He has presented and testified before numerous public bodies including the Philadelphia City Council, and legislative committees and task forces in Pennsylvania and New Jersey in addition to numerous events and conferences.

Prior to joining ESI, Mr. Conner-Ross, worked from 2006 to 2013 at Visit Philadelphia, a non-profit organization tasked with promoting tourism in the Philadelphia region. As Vice-President of Research and Planning, he directed the organization’s market research program and led company-wide planning, coordinating the development of the organization’s five-year strategic plan, annual marketing plans, and new initiatives. He also supported corporate communications efforts through reports and presentations that demonstrated return on investment.

Mr. Conner-Ross received his Master of Public Administration from the Fels Institute of Government at the University of Pennsylvania in 2014, with a certificate in Economic Development and coursework in economics, statistics, policy development and evaluation, management and finance. He received his Bachelor of Arts in History and Political Science from Amherst College in 2005. A native of the Philadelphia region, he attended J.R. Masterman High School in Philadelphia and lives in the city with his wife and two sons.