How Will Cities Handle COVID-19?

Today in Present Value, we interview Stephen Mullin, President and Principal of ESI. Steve shares some words of wisdom from his previous jobs as Director of Commerce and Director of Finance for the City of Philadelphia on how cities such as Philadelphia will handle the current COVID-19 crisis.

The cancer Ed Rendell was referring to was the long and steady decline of the city’s economy, not the rapid “fall-off-the-cliff” that we are experiencing now. Some of the things we had to deal with to steer us in the right direction were not necessarily longer-term growth strategies.

The gunshot wound for local governments this time around will be tax revenues coming in August, September, and October, or maybe before finishing off this fiscal year. They will have to deal with immediate, and hopefully, shorter duration of revenue hit – they are already working to address that now. Part of it is to tightly control city expenditures, and to also support programs to help those most impacted by the loss of income and the business community and local economy get back on their feet to restart economic activity and thereby city revenues.

The difference between now and Ed Rendell’s era: we have largely beaten the “cancer”, and structural growth is now positive this time. The City’s economic and fiscal activity after COVID-19 will return, but at what growth rate is the big issue. I am optimistic that the growth will be significant – sooner and stronger than many fear, but 2020 will still show an economic decline.

For smaller regional towns and cities like Chester, Upper Darby, and Camden, they went into this crisis barely at or below knife-edge in their economic and fiscal conditions. COVID-19 will certainly hurt them, and the harm to their local economies will be significant. However, this could be an opportunity for them to adjust their operations to be more efficient going forward. They can use the crisis as an opportunity to get some things fixed that they couldn’t do otherwise. More importantly, in the short term they will likely see federal and state recovery assistance that will certainly help these municipalities rebuild and restructure their economies.

The finance director watches the revenues coming in and expenditures, defined by the budget, going out. They need to make sure the expenditures align with the revenues that come in. Mayor Kenney has already announced that the city will revise its proposed budget to account for significant changes in anticipated revenues and expenses. They will need to come up with some combination of new revenues (some of which may be coming for the federal government) and expenditure reductions or shifts. And, the city has built a fund balance for “rainy days” and the current situation calls for a Noah’s Ark, compared to a large umbrella back in 2009-11.

The finance director has to deal first with the day-to-day, the immediate “gunshot wound”. The commerce director however, will have to help figure out how the government will mitigate the decline and harm to existing businesses and more importantly, what can the city do to make the recovery as complete, effective, and rapidly as possible.

My optimistic outlook was for dense, urban places such as Philadelphia – I thought that we were witnessing a real positive structural change, as population and economic activity grew inside the city limits, reversing a half century of decline. I saw new positive demographic, attitudinal and behavioral changes that are not going to reverse back to the bad old days. I remain optimistic, but the magnitude will depend on whether people and businesses will fundamentally change their behavior in response to the pandemic. Will this make busier and denser urban areas less attractive? Maybe in the very short term, but I’m still optimistic that in the long run more people will still find those characteristics attractive, and the growth will continue.

(1) Revenue collections for Philadelphia wage, business and sales tax, also serving as a barometer for the recovery of the city’s underlying economic activity; (2) business bankruptcies/closings and reopenings; (3) local unemployment filings and measures of the hit on the non-employee workers. 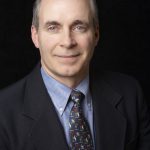 As founder and president of Econsult Solutions, Stephen P. Mullin provides expertise in the economics of state and local public finance and policy analysis, economic and real estate development and impact analyses, and business-government strategies. His consulting practice dates back to 2000, having a client base ranging from state and local governments and agencies, private businesses, real estate developers, and not-for-profit institutions.