In America, there is currently an ongoing debate on raising the highest marginal federal income tax rate to 70 percent before next year’s presidential election. In general, it is about national policy interventions in response to a growing concentration of wealth. How does China view these debates? Are there any similar discussions on national tax policy in China?

Wei Hongxu, ANBOUND: Personal income tax is an important means to adjust the income gap and realize the balance between fairness and efficiency. In theory, the increase in the U.S.’s highest marginal federal income tax rate would increase the federal fiscal capacity and improve the government’s regulatory function of taxation. However, this kind of regulatory function is not necessarily effective in practice. For example, those who make a higher income can take various measures to evade tax legally.

In terms of similarities between China and the United States, the tax cuts implemented by both countries will put pressure on their respective finances. The U.S. fiscal deficit rose sharply in 2018. This is mainly due to the Trump administration’s massive tax cuts and a substantial increase in federal government spending. China’s tax cuts have placed significant pressures on the finances of some local governments.

In America, there is currently an ongoing debate driven in part by the recent Amazon HQ2 sweepstakes, concerning the efficacy and fairness of state and local tax incentives to attract big corporations. China has implemented numerous special incentive zones that appear to achieve what they were intended to, which is to stimulate significant amounts of economic activity. What lessons can be derived from each country that can be applied in the other?

He Jun, ANBOUND: China has established a multitude of special zones all over the country, like special economic zones (SEZ), economic development zones, free-trade zones and high-tech industry development zones. The most successful special economic zone is Shenzhen. After nearly 40 years of reform and opening policy, Shenzhen has grown from a small fishing village adjacent to Hong Kong to a modern metropolis with an economy that surpassed Hong Kong’s in 2018.

While it is true that the SEZ model has been rather successful in the past, it faces new challenges in the current stage of development. The essence of the SEZ is that it is a typical policy zone that special policies are implemented to conduct targeted affairs in the planned area. So its success heavily relies on how resources are allocated to a specific sector in the SEZ. However, the marginal policy effect of the SEZ model has been significantly reduced. As the era of developing special zones is now ending, China needs to improve the investment environment and production efficiency, create a fair and law-based market in a larger market space, and turn its past advantages of special zones into the overall environment of the Chinese market. 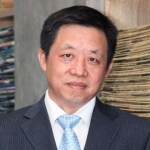 Mr. He Jun takes the roles as Director of China Macro-Economic Research Team and Senior Researcher. His research field covers China’s macro-economy, energy industry and public policy. During his 20 years in ANBOUND, Mr. He Jun has led many major consulting projects that involved the central and state governments, large-sized state-owned banks, and foreign corporations. Mr. He Jun is now an associate Lecturer for the Institute of Scientific and Technical Information of China. He was one of academic experts for the School of Public Policy and Management of Tsinghua University.

Wei Hongxu, Ph.D. is a researcher with ANBOUND Consulting. He is a graduate of the School of Mathematics of Peking University, and earned a Ph.D. in Economics from the University of Birmingham, UK in 2010.

[1] Data from the National Bureau of Statistics of China