One Way (Of Many) To Be A World-Class City 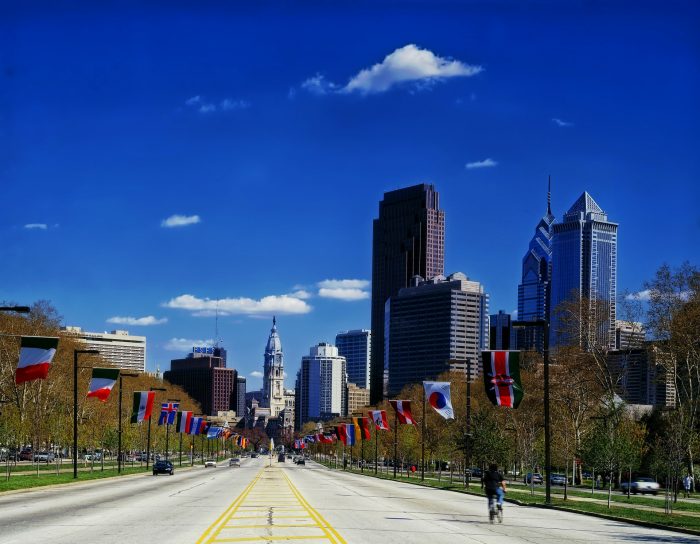 A number of years ago I commented in an op-ed that Philadelphia, center of one of the largest metropolitan economies in the world, seemed to be “America’s largest little engine that couldn’t” and our standard line was, “We aren’t big enough to support this”. While we were a big city, we thought small. Although this pessimistic attitude may linger for some Philadelphians, our collective is changing for the better.

240 years ago, Philadelphia claimed its place on the world stage by becoming the birthplace of modern democracy. For much of our county’s history, Philadelphia was one of our most important cities. In fact, a century ago, Philadelphia was recognized as the world’s manufacturing powerhouse. After a half century of decline, Philadelphia is poised here at the dawn of the 21st Century. A strengthening economy, attractive urban vitality, growing population, booming entrepreneurial spirit, and recent designation as a World Heritage City, has put Philadelphia back on the radar screen of important cities and metropolitan areas. However, there are still many in the city that seem to be stuck in an “always the underdog” mindset and choose to complain about hosting major events – like the papal visit, DNC, and now the NFL Draft – instead of celebrating the fact that people want to visit here.

The immediate reaction of Philadelphians for the papal visit in September 2015 was to freak out! Everyone who stayed had at least the one friend (or 20) who fled the city for the historic visit by Pope Francis, reasoning that the city couldn’t handle such an event. We are seeing some of this same “flee the scene” attitude with the DNC and the city is campaigning its own citizens to stay for and enjoy the flurry of activity associated with the convention. A few years ago when the city came close to losing the Dad Vail Regatta, one city official was quoted, “How can we compete with Rumson, NJ?” Ouch. While the underdog mentality has its charm, it’s about time that the city and its residents start realizing that we are a big, important, world-class city, and as such we are an attractive city for people to gather from all corners of the globe.

Why such a negative reaction to large-scale events? Some residents don’t like the inconvenience and seem content with less activity. Not a real formula for growth. Others fear that spending on large-scale events takes funds from more important uses. But hosting large events and addressing the city’s many problems are not mutually exclusive. This is not a zero-sum game, and being a more visited and recognized city, by boosting economic growth, can only help our capacity to address the problems all cities face.

This pessimism is seen clearly when it comes to justifying city spending. Of course we do not want our government to waste money, and clearly the Kenney Administration and City Council don’t want to either. Mayor Kenney, who has been urging Philadelphians to enjoy all the exciting events like the DNC and stay in town, should not have to micro-justify every penny of municipal funds. Not everything has to pay off immediately in a narrow accounting sense and return immediate dollars to the general fund. Large scale events generate numerous tangible and intangible benefits. While we often focus on our local warts, large scale events tend to generate positive press and image, especially with social media. Far more often than not, visitors return to their homes with a more positive view of Philadelphia. And these large scale events offer rare opportunities for all Philadelphians, of every stripe, to gather together and interact to show our strong, diverse whole. I would argue that providing more opportunities for all Philadelphians to participate together may be one of the best things our city government could do to promote the inclusion objectives of the Kenney administration. And, let’s not forget that in addition to visibility gains, the DNC will also bring a significant injection of spending from outside into our region’s economy, between $170 and $250 million in direct and indirect spending according to the organizers, generating greater income and employment. This is a crucial component of 21st century “exports” and Philadelphia is beginning to build back its great reputation to bring dollars into our economy.

The DNC will be an important moment for Philadelphia; media from the rest of the world will be in town, ready to report on the progress of the Convention and the preparedness of its host. The Kenney Administration has embraced the DNC, and rightfully so. Great and important cities host these kinds of large national and international events. This is one opportunity to attract thousands of new visitors – from the press to politicians to tourists – as well as claim our spot on the world’s stage.

So Philadelphia, do not be dismayed. Large-scale events, like the papal visit, the DNC, the NFL Draft, and the Dad Vail Regatta, are great for our city. We must not think small. We must not tell the world that we can’t. Let us shout from all parts of the region that we are in fact still the great city which our nation was built upon, and which produced so much of the output that contributed to America’s economic growth. So come at us, DNC, we welcome you!

Stephen P. Mullin is a President and Principal of Econsult Solutions, an economic consulting firm based in Philadelphia. His 16 year consulting practice concentrates on state and public finance and policy analysis, economic and real estate development and impact analyses, and business-government strategies. His clients include state and local governments and agencies, businesses, developers, and not-for-profit institutions.