The Takeaways from BIO Convention 2016

The best of the life science and biotechnology industries can be seen at the annual Biotechnology Innovation Organization (BIO) Convention. This massive venue brings in large companies and start-ups, as well as academic institutions and representatives from national and local governments from across the globe. Some 30 American states hosted pavilions or sent delegations, and U.S. agencies such as NIH, CDC, NSF and the Department of Defense were present. With more than 15,000 industry leaders registered, the BIO International Convention has become a must-attend event.

ESI Senior Advisors, Steven Spalding, Principal of Point A Consulting, and Greg Byrnes, Executive Director of New Mexico Biotechnology and Biomedical Association (NMBio), flew out to San Francisco to check out this year’s convention, held from June 6-9, 2016. They reported back to ESI that the BIO event has become a virtual incubator for collaboration between industry, academia, and governments, highlighting the dynamic nature of the biotechnology industry. 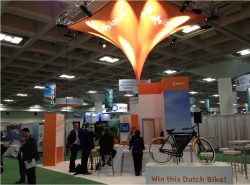 BIO is truly international, with 76 countries represented at the convention. But Spalding remarked that when he first attended BIO in the late 1990s, many of today’s big players were not in attendance. While Western Europe, North America and countries such as Australia, Israel or Japan were strongly represented at the earlier conventions, there was no presence of Russia, China, or any of the Eastern European countries; Latin American representation was very weak. This could not be more different today. 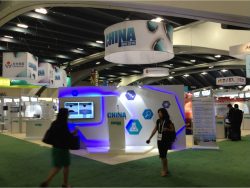 China now has a massive presence at the BIO Convention and in biotechnology field as a whole. Once only occupying a small 15 x 15 square foot booth, at this year’s convention China had its own huge pavilion. China now competes with the US as a top market for sales by biotechnology firms, while asserting its influence as a low-cost location for manufacturing. And increasingly, China is becoming an investor in US-based companies and a partner with U.S. universities. Similarly, Eastern European countries such as the Czech Republic now show up annually at BIO, bringing their young companies seeking to gain a toe-hold in the international market-place.  Countries from the Middle East, and Latin American countries such as Mexico, Puerto Rico and Brazil are highly visible.

Where the Action Is:  BIO as Connector 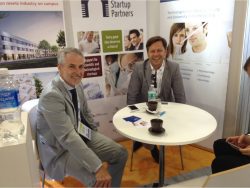 At the heart of innovation is collaboration, and the BIO Convention actively promotes  partnerships between industry, academia, and government entities. The tradeshow format has evolved to include a large “partnering zone” with private meeting spaces for which users pre-register.  Most country and state pavilions similarly include private conference rooms for on-site deal making. University Technology Transfer Directors look to license Intellectual Property from their research to companies both large and small, while established industry players seek to strengthen their product pipelines with new drugs developed by start-ups.  Service providers and equipment manufacturers broker deals next to economic development sales pitches. It is not uncommon at BIO Convention to have endless meetings, like one of Spalding’s colleagues, a Director of Industry Partnerships and Technology Transfer at Tulane University, who arrived in San Francisco with 60 prearranged meetings. BIO reports that over 35,000 one-on-one partnering meetings were held at the 2016 convention, and this does not include countless private meetings held at hotels, coffee shops and restaurants across the city.

One of the biggest trends observed across the BIO Convention was the emphasis on data and information technology. Breakthroughs in the processing and use of Big Data have revolutionized the field, leading to innovation and groundbreaking discoveries as information becomes more accessible and transferable.  Information technology has quickened the processes of clinical trials due to the increased accuracy that data collection and new database management techniques provide. Similarly, there was a large presence of robotics at the conference. Robotic capabilities provide researchers with opportunities to explore new realms of research that were previously impenetrable.

From Global to Local

Maintaining a global presence at the BIO Convention has become vital to companies from every country seeking to be a player in the field and their governments support them while marketing their respective counties as a place to do business.  ESI’s home territory was well-represented through pavilions hosted by the States of Delaware, New Jersey and Pennsylvania, bracketed by the States of New York and Maryland.

For Greg Byrnes, operating from his new base in New Mexico, attending BIO was a chance to bring local economic development officials from Albuquerque, who are considering a formal presence at BIO 2017 (in San Diego) as way to showcase their region’s new life science initiatives. Spalding found BIO an effective forum for networking with research parks and innovation districts being developed in places as far removed as Winnipeg, Manitoba and Heidelberg, Germany.

A Closer Look: Pennsylvania at BIO

Pennsylvania and the tri-state region were not always so well-represented in the bioscience field. Byrnes, who attended the first BIO conference in 1993 as Director of Economic and Business Development for PECO Energy, reflected on the dramatic changes and fortunes of the bioscience sector nationally as well as in Pennsylvania.

“There were a reported 1,400 attendees at the first meeting and maybe a dozen service companies pitching their products. PECO had the only team of economic development professionals at the event,” he said. “Our trade show booth, like every other booth, was a six or eight foot metal table that was covered with a white tablecloth — nothing like the 40 by 80 foot pavilions you can encounter today. In BIO’s formative years, ED professionals had easy access to the CEOs and C-level executives of the industry’s emerging powerhouses such as Amgen and Genentech. Today, they do not walk the trade show floor.”

There wasn’t a single biotech firm in our region that was profitable in the mid-90s, Byrnes noted. PABio, the local association, was run by a handful of volunteers. Today, Philadelphia is a leading hub for the life sciences and PABio boasts 670 member firms and a staff of 12.

Pennsylvania, according to a national study released by BIO at this year’s conference, has a large and highly concentrated bioscience industry with more than 77,000 jobs that spanned 2,358 individual business establishments in 2014. Its concentration of bioscience employment is 9 percent greater than the national average and the state is considered to have a specialized employment base in two of the major sub-sectors—drugs, pharmaceuticals and research, testing, and medical labs. Despite a small overall employment decline from 2012 to 2014, three of the state’s industry sub-sectors have increased employment.

Pennsylvania is among the top tier states in key measures of bioscience R&D and innovation including academic R&D, NIH research funding, venture capital investments, and patenting. Venture capital investments in state bioscience companies have been increasing and focused in human biotechnology, medical therapeutics, pharmaceuticals, and health information technology. In fact, Pennsylvania is home to two of the top 5 NIH-funded institutions: the University of Pennsylvania (#2) and the University of Pittsburgh (#5).

The report, The Value of Bioscience Innovation in Growing Jobs and Improving Quality of Life 2016, finds U.S. bioscience firms employ 1.66 million people, a figure that includes nearly 147,000 high-paying jobs created since 2001. The average annual wage for a U.S. bioscience worker reached $94,543 in 2014. These earnings are $43,000 greater, on average, than the overall U.S. private sector wage of $51,148. Click here to read the section on Pennsylvania.

Biotechnology is an innovative and dynamic industry, whose growth propells the economies of cities, states and countries. Through continuing technological advancement, the field shows incredible resilience.

The BIO International Convention continues to bring together the greatest minds and biggest leaders in biotechnology. With its emphasis on partnerships and data-driven innovation, the event will continue to grow, create, and inspire and returns to Philadelphia in 2019.

ESI is proud to work with industry professionals and academia alike who are part of the incredible evolution of the biotechnology industry.

Mr. Steven Spalding is a Senior Advisor for Econsult Solutions, Inc. and Principal of Point A Consulting. His practice focuses on technology-based economic development initiatives designed to strengthen and promote the knowledge economy assets of client communities.