The Value of Automation to Businesses

Thinking beyond the war between machines and humans.

The value of automating manual processes in companies—what experts call robotic processing automation (RPA)—is greatly misunderstood. For many, it is seen simply as a way to cut costs, and at its worst, to eliminate jobs. But the benefits of automation go well beyond cost efficiencies, particularly for those firms that know how to unlock value through this versatile business tool.

To understand the full advantages of RPA, ESI ThoughtLab and Protiviti conducted a survey of 450 executives across industries, revenue sizes, and regions. We found that these firms are now investing about $5 million a year on average on RPA. Over the next two years, they plan to up the ante with investments across their enterprises, from IT management and strategic planning, to marketing and business development, as well as to financial and risk management.

While the business leaders we surveyed cite cost savings as a benefit of RPA, it is one of the least important. Only 3% put reducing costs at the top of the list. Rather, companies are deriving an array of other benefits from RPA usage: increased productivity, better quality, stronger competitive market position, higher customer satisfaction, and greater speed to market (see table).

Rather than viewing RPA as a negative, many employees see automation as a positive. According to our survey, 7% of executives report greater employee satisfaction from RPA, which frees up workers’ time, moving them away from mundane tasks and towards more rewarding work.

What are the biggest benefits of RPA use? (weighted average)

According to 22% of executives, the top benefit of RPA is productivity growth. The benefits are even stronger for firms identified as RPA leaders—those companies that say they are ahead of their competition in its usage. Intermediate firms and beginners—which are less mature in their use of RPA—are also starting to see some gains. Firms at all stages of RPA maturity expect productivity to jump significantly in the next two years.

“We see RPA as a huge driver of improved performance and efficiency,” says a senior director of RPA at a major nationwide retailer. “That correlates back to productivity gains, accuracy, and customer experience.”

Leaders are seeing important gains in productivity. Over the last year, 66% of RPA leaders saw sizable increases in productivity (from moderate to very large increases). That figure is expected to balloon to 93% of leaders in two years (see chart). Technology, communications, and media companies are ahead of the pack in terms of productivity improvements, but other sectors will catch up quickly. For example, in the energy and utilities sector, which has the smallest percentage of firms now seeing productivity gains, 85% of businesses expect increased benefits in two years.

Similarly, 38% of RPA leaders generated considerable rises in revenue (from moderate to very large) in the last year, and nearly 90% expect to do so over the next two years. By sector, 90% of tech and communications companies foresee moderate to very large increases in two years’ time, and 82% of financial services firms anticipate the same. Perhaps most telling: only 5% of beginners are posting revenue gains at present from RPA, but that figure will skyrocket to almost three-quarters in two years.

To use RPA to boost revenue, business leaders are thinking how to best utilize the time given back to employees. One consumer loan company introduced RPA in its collections department to cut down on paperwork and processing time, freeing up staff for other activities. The organization then shifted resources to help with debt recovery. With an additional two hours per day per collector, the return on the RPA investment was more than ten-fold.

In short, it can be tempting to view RPA as a tactical tool to cut costs. But that is only a small part of the story. RPA is driving operational precision and speed, and the competitive advantages that these capabilities bring. Business leaders who do not take advantage of RPA as a source of competitive advantage may lose ground to their peers. 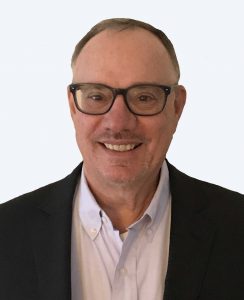 Lou Celi is Founder and CEO of ESI ThoughtLab, ESI’s thoughtleadership arm. Prior to setting up ESI ThoughtLab, Lou was board director and president of Oxford Economics, where he built the firm’s successful  business in the Americas and set up its global thought leadership practice.

The Effect of Handing out Candidate Listings at Polling Places

Will Automation Lead to Mass Unemployment?