In 2008, while doing some personal visioning for my financial future, I compiled a list of stocks that were proving to be ‘quiet giants’ and were becoming a type of international utility.

Water companies such as Suez caught my eye. Suez had already stated to acquire US-based water management companies. Hey, they’re not going to overtake local high performers like Pennsylvania-based Aqua America or New Jersey based American Water, are they?

I kept following this news thread about the projected ‘scarcity of water’ and how water management companies would be a wise stock investment. Water… wise? Water… I could make money off of this. I was thirsty just thinking about it. So I took a break, and grabbed my cute little bottle of Fiji water.

A financial review team once labeled water as ‘the new oil’. Which made me think: Doesn’t everybody have access to water when they need it? At least in the good ole US of A. We do, right?

It appears that water is about to become commoditized and be traded as futures contract along with pork bellies, oranges or lumber. …  Economic catastrophe, even wars, will be caused by water shortages.” Why Water is Becoming the New Oil, Diane Francis for the Financial Post.

On January 16, 2016, AP reported that the Michigan National Guard had been dispatched to Flint, Michigan to hand out ‘free’ bottled water, filters and testing kits to the residents who are dealing with the drinking water crisis.

The ‘new oil’… Wow, that makes it sound like ‘I could make money off of that’. But the average consumer can get as much free or almost free water as they want, and it’s good, clean, refreshing water too. The City of Philadelphia gets high marks for their municipal water. I don’t think twice about drinking it, when I run out of my favorite Fiji water…

I must admit, I still like the taste of water in my hometown in southern Delaware better, than ‘city water’, as the country cousins used to call it. For most of my life, we had access to well water, an immediate natural resource. You could go to anyone’s house on a hot summer day and get a cold glass of water from the tap or water hose out back. My relatives used to ask “do you boil that city water before you drink it”?

Several days ago, I hear an interview on the radio with some environmentalists and physicians. One of the panelists reported that in recent years, residents of Flint had been told to boil the water to make it more suitable for drinking. One of the radio panelists said: “no… that is not a good thing to do, in fact it may further agitate the contaminant cocktail”. At that point I turned the radio off.

What’s this world coming to? Good ole ‘Mother Wit’ is no longer a safeguard. Even boiling Flint’s water can’t make it drinkable?

Flint’s tap water became contaminated with too much lead after the city switched (from Detroit Water to Flint River) its water supply in 2014 to save money. Local officials declared a public health emergency in October, 2015 in response to test that showed children with elevated levels of lead. … For more than a year, water drawn from the Flint River leached lead from old lines into homes after the city switched its drinking water. Exposure to lead can cause behavior problems and learning disabilities in children. … Flint has since returned to Detroit’s system for its water, but officials remain concerned that damage to the pipes caused by the Flint River could enable them to continue leaching lead.” CBS AP 01/16/2016

I spoke to an acquaintance last week, Carla Walker-Miller , an Energy Entrepreneur/ Business Owner based in Michigan. She led a national call out for help last summer for Detroit residents when tens of thousands of households were threatened with water shut off notices. Being pretty sure she would have some first-hand observations to share, I asked her to give me a phone interview. 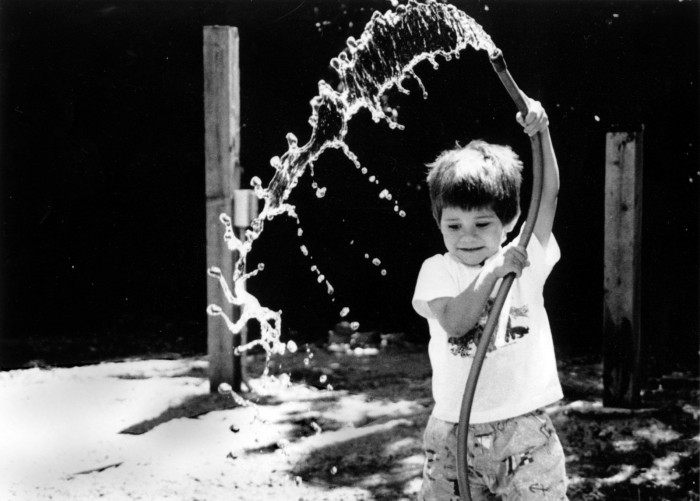 She explained how companies, religious organizations, etc., have been sending lots and lots of bottled water, water filters and water testing kits. As the second poorest city in the nation, Flint residents can just not afford expensive filters. I was surprised, or just uninformed, when she said that many entertainers have visited Flint to call attention to the water crisis. What shocked me the most was her statement that many Flint residents believe that safe water is a human right and as a consequence should be free. Does that make this crisis a human rights violation? This prompted a momentary flash back for me. When I was a kid, I thought that water flowing from the tap or hose was free (and safe).

But I also remember a small town water pipeline modernization project. My Mother was furious. The township conducted town meetings, sent out surveyors, dug up the cute little lanes and narrow streets to extend the water pipeline infrastructure beyond the small perimeter of the town limits. The higher water and sewer bills triggered the residents’ outrage.

It’s a good thing to be able to pinpoint when an infrastructures upgrade occurred. The water and sewer bills that followed were probably hard to forget. And who knows whether they came with lead-free certifications?

The folks in Flint will for sure remember when their expectation for free water became a reality, but not in a good way. In April 2013, the City of Flint approved a new water project, which would bring Lake Huron water directly to Flint by 2016. Almost immediately after the switch from Detroit water, the residents began to complain about the appearance and foul odor emitted from the water. And rumor has it that the water bills in Flint will ‘take your breath away’ too.

Canada has 1% of the world’s population and 20% of its water, which includes our half of the Great Lakes. The United States has parched growing areas like the Southwest and Midwest, but there is plenty of water in the northern tier.  On international markets, water may fetch a hefty price and eventually justify the cost of water pipelines to the coast and water ships.” (Financial Post)

Flint, Mich.… Lake Huron, one of the country’s largest sources of freshwater is just a step away.

The commoditization of water has partially happened. ‘Designer’ or bottled Water is already more expensive than oil.” (Financial Post)

Hey, let me have my ‘joie de vivre’… Let me purchase that cute little bottle of Fiji or Voss water. I dare not compare it to the new price of oil in this good ole US of A.

Nancy Mifflin is an independent consultant to energy and utility companies, and to suppliers who endeavor to provide services and products to this sector. She is a Senior Advisor at ESI and the Mid Atlantic Regional Director of the American Association of Blacks in Energy.