One on One with “Mr. Multiplier”

The Community Data Analytics (CDA) team of Econsult Solutions has recently made advances in the field of demographic multipliers. In late November, the team released a series of reports including all fifty states and the District of Columbia. These reports include new and improved multipliers which serve a critical role in development impact studies. To get a better sense of the importance of this release, we sat down with CDA Project Lead and Senior Advisor, Dr. Sidney Wong. 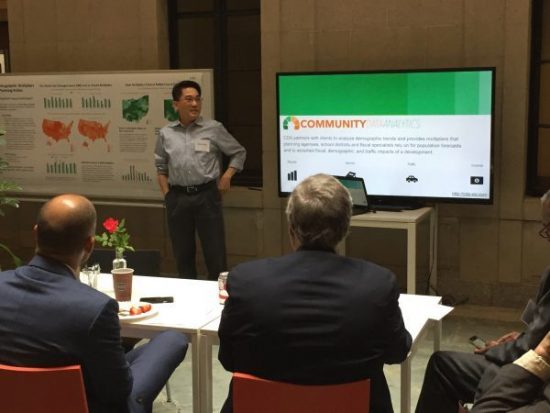 ESI: Overall, what has the process of updating the multipliers been like?

SW: We have a great team of extraordinary analysts. ESI’s Principals, Richard Voith and Daniel Miles, have also provided invaluable guidance and support throughout this process. In early 2016, we launched CDA before we went to the American Planning Association’s National Planning Conference. Since then, we have given talks and presentations at multiple chapter conferences. We first worked on New Jersey multipliers based on 2000 data. We wanted to know if we could independently produce multipliers that matched the data prepared by the Rutgers research team led by Dr. Robert Burchell and Dr. David Listokin. Then we processed 2015 Public Use Microdata Sample (PUMS) data for New Jersey, Pennsylvania and selected Public Use Microdata Areas (PUMAs) here. The estimation involves the following steps: (1) select records, (2) create housing configurations, (3) populate observations, and (4) calculate the multipliers. We developed a mover sample when the traditional newly built unit sample do not have enough sample size for a number of configurations especially in small states. After the release of the 2015 PUMS in January 2017, we overhauled the multipliers by using the most current data and systematically generating multipliers for each state.

ESI: How are you hoping people will use these multipliers?

SW: We hope professionals providing impact studies switch to using our multipliers.  There is no reason to continue using outdated Fannie Mae multipliers when ESI has developed multipliers using the most current PUMS data. Demographic multipliers are the most critical inputs to any impact analysis. Because there have been substantial demographic changes over the past two decades, the school-age children ratio has increased for some types of housing but not for others. Some projects may have negligible effects; it all depends on the housing mix. Geography is also crucial; statewide multipliers only give a broad-brush idea. Unless the users truly believe that state averages reflect local conditions, they then may use the statewide figures. Otherwise, contact us for local multipliers. Planners and other experts can improve their impact forecasts by downloading our Who Moves Into report series which detail, state by state, two sets of residential demographic multipliers: school-age children by household and total persons per household. The CDA team has an article on using PUMS records to estimate housing impacts in the latest Cityscape, a publication in HUD’s research journal. We hope this will further peak interests in work regarding PUMS.

ESI: Why has there not been an update until now?

SW: PUMS data can be difficult to work with. It involves complicated programming and a thorough understanding of PUMS terminology and codes. Funding is another issue. Overall, the process requires an enormous amount of resources. Advancements in technology have allowed the data to be updated at an increasingly fast rate, and ESI’s expertise in data mining, programming, GIS, and statistics make them a perfect fit to update the old multipliers. While I have generated specific multipliers for clients since 2005, it only occurred to me two years ago to join forces and update the Fannie Mae multiplier series.

ESI: Could you tell us more about the demographic trends that are currently shaping the U.S. and how development has changed as a result? 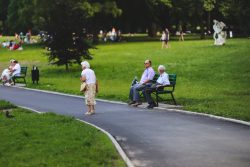 SW:In the past two decades, America has experienced major demographic shifts. Baby boomers are retiring at an increased rate: the oldest baby boomers are about 70 years old, while the youngest are now in their 50s. On the other hand, millennials, born between 1980 and 1998, have finished or are nearing completion of formal education and are entering the labor market. The average household size has declined. Two factors come to mind:  increasing single person households for boomers and millennials and declining fertility rates. The number of births in 2016 was the lowest in twenty years even though the overall population increased by 53 million in the last twenty years. The 2008 housing crisis and economic depression still impact household formation and housing choices. Only after 2013 did new housing construction start and a majority of the investment is in multifamily developments inside cities or along urban corridors. Demographic conditions vary greatly by geography. Within the same state, rural areas have different trends than within suburbs and cities. It would not be a surprise to see some areas having a divergent trend.

SW: Development impact is highly sensitive to the housing mix of a project. To better forecast development impacts, analysts must apply multipliers specific to each housing component.

ESI: What do you think the future of demographic multipliers looks like?

SW: As a specialist in forecasting, I am hesitant to be definitive about the future, but I hope users will appreciate the need for a deeper understanding of community impact. Because ESI multipliers are publicly available, recently performed impact studies should be scrutinized for biases resulting from the use of old data.

, Ph.D. is a Senior Advisor with Econsult Solutions, Inc., a fiscal impact expert and the project lead of Community Data Analytics. He previously worked as a senior consultant with the World Bank in evaluating the quality of Project Appraisal Documents in the South Asia Region.