Charting a Course for the Future of Cities

It’s been a busy couple of weeks for people who follow the demographics and economics of cities. Last week, the US Census Bureau released the local area population counts from the 2020 decennial census, and a number of interesting facts jumped out from the data.

Meanwhile, we’ve seen the impacts of the COVID-19 pandemic continue to buffet cities and communities all around the country. Spring optimism for recovery has turned into caution as the Delta variant and vaccination resistance has led to a resurgence in Covid cases and rapidly filling hospitals, particularly in cities and states with low vaccination rates. Plans for a return to something like normal after Labor Day are being reconsidered, as office reopening plans are being delayed or modified, conferences are being canceled or postponed, and vaccine and mask mandates are being put in place to reduce risk to employees and customers and allow for continuation of reopening plans.  While the pace of economic recovery has been stronger than expected, due in part to federal and state stimulus efforts and increased vaccination levels in many parts of the country, the impacts of the past 18 months are still being felt, as employers struggle to keep or find employees, supply chains have been disrupted, and tourism struggles to get back to its pre-pandemic boom times.

And in Washington, we are seeing Congress continuing to push forward on a two track path of “infrastructure” with the bi-partisan “hard” infrastructure bill providing over $550 billion in new spending for roads, bridges, transit, broadband and water/stormwater improvements, among others. The larger, $3.5 trillion Budget reconciliation bill, focuses on “human” infrastructure, such as child care, education, paid leave, health care and climate. Both of these bills have significant implications for cities and metropolitan regions, providing the potential for significant new investments

Given all of this change, and all of this activity, Econsult Solutions was excited to recently announce the launch of the ESI Center for the Future of Cities. This new research and thought leadership effort is designed to bring together ESI’s expertise in urban economics, policy and strategy to tackle the most important issues facing cities both locally and globally. Our thinking in creating this new focal point was that our experience and expertise in understanding and analyzing urban economies and working closely with city and business leaders on strategies and plans for sustainable futures gives us the ability to work on the most important issues facing cities.

The ESI Center for the Future of Cities will build on our work at the intersections of the public and private sectors, our extensive experience working closely with anchor institutions and local governments, and our core understanding of urban economics to provide our partners and clients with cutting edge research and analysis that can drive decisions and improve outcomes. What might that look like?

Let us know what you are interested in – we’d welcome the chance to have a conversation about your vision for the future of cities and how we can help support those efforts. 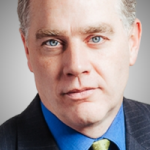 Steve Wray is a Senior Vice President and Principal at ESI. In this role, Steve focuses on the development and implementation of programs and projects that support ESI’s vision and short- and long-term plans. He leads the work of the firm’s principals and senior staff in developing new partnerships, expanding and building on existing practice areas, and integrating the firm’s strengths in economic analysis and thought leadership. Mr. Wray joined ESI in 2017 as a Director and was promoted to Vice President, Strategic Initiatives in 2019.