As 2019 winds down, we decide to take a look back at our most viewed blog posts of the year. Topics span from thought leadership, real estate, higher ed, and more. Thank you to everyone that contributed to Present Value in 2019, we look forward to another year of sharing ideas, discussing our interests, and improving connections with our community! What post will take the top spot for 2019?

10. A Snapshot of University City and Future Expectations

To start us off, former Penn Intern Matt DeCesare creates visualizations to show the huge real estate investments being made in University City, including academic activity and medical research. DeCesare includes interactive maps to show the development activity taking place.

Director Brittany Forman gives an overview of Opportunity Zones: explaining what the program is, what government and elected officials should be doing to prepare, and high-level initiatives that should be taken.

8. Who’s the Smartest One of All? The Smart City Challenge in Latin America

ESI Thoughtlab Director of Editorial Operations, Anna Szterenfeld, analyzes Latin America cities and their readiness for smart city integration. With all Latin America cities falling into the “beginner” or “transitioning” category from our Smart Cities 2025 project, Szterenfeld believes it’s up to more than just governments to create solutions.

Our 7th most viewed blog post comes from Director Gina Lavery and Senior Analyst Jing Liu – who used ESI’s Philadelphia Housing Index (PHI) to take a look at how Philadelphia’s construction activity compared year-over-year, and how it was fairing early on in 2019.

6. The Role of Ridesharing in the Nightlife Economy

ESI’s Gina Lavery, Jing Liu, and Elizabeth Desmond analyze findings from our report, NYC’s Nightlife Economy: Impact, Assets, and Opportunities. They looked at how the introduction to Uber, Lyft, and other ridesharing companies are shaping the growth of the nightlife industry.

5. Higher Education: What Will it Look Like in Five Years?

Senior Advisor Elmore Alexander gives us his thoughts after the college admissions scandal that came out earlier this year. Alexander states what he believes will be the most important drivers of change for higher education in the next five years.

4. Universal Basic Income in the U.S.

Former Drexel Co-Ops Nav Singh and Delsea Albanese write about Universal Basic Income (UBI) – the proposal that every U.S. citizen above the age of 18 should receive an income every month. Singh and Albanese lay out the pros and cons of UBI – do you think it could work in the U.S.?

3. A Fond Farewell from Andrea Mannino

Coming in 3rd place, we hear from former ESI Director, Andrea Mannino, reflecting on her six years working at ESI, highlighting some of her favorite projects along the way. Mannino gives her perspective of working in Philadelphia, business, and office life in general.

2. Google Checked my Location Once Every 3 Minutes for 6 Years: A Visualization of Google Takeout Data Using R

ESI Analyst Carlos Bonilla takes a look to see what information Google Maps has tracked and what data they have saved of his location since 2012. Including a heat map, Bonilla shows the distribution of his location throughout Philadelphia that Google had tracked over a six year span.

1. The Path to a Hyperconnected City.

Taking the top spot, ESI’s Mike Daly and Lindsay Durkalec host a Q&A with ESI ThoughtLab’s research coalition behind Building a Hyperconnected City. Respondents include experts from Stantec, Deloitte, Nokia, Visa and more. These professionals and thought leaders span multiple industries and locations across the globe, providing a holistic view to creating an interconnected urban ecosystem. 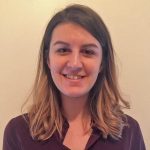 Lindsay Durkalec is a business development and marketing associate at ESI. In addition to assisting with proposals, Ms. Durkalec is responsible for enhancing ESI’s brand and work through traditional and social media, content development for the web, and managing the ESI blog, Present Value.